From April 2018, new diesel vehicles will be subject to an increase in their first years Vehicle Exercise Duty (VED), which will see them shift up by one band.  But a recent poll of 2000 drivers found that a massive 87 per cent do not understand the new rules.

The research, commissioned by insurance comparison website confused.com also found that 46 per cent felt the government message surrounding diesel vehicles was unclear, possibly contributing to falling sales - a 24 per cent decline over the past year.

The increase in diesel tax can add up to £500 to a vehicles first year road tax - usually included in the OTR (on the road) price, therefore pushing up the initial purchase of the vehicle.

Low emissions diesel vehicles will only see the price increase by around £20 though, with only the most powerful and polluting vehicles subject to a large increase.

But the new tax rules certainly appear to be having an effect.  The poll found 60 per cent of motorists said they would not consider buying a diesel car - a third of whom attributed that directly to the increase in tax.

As we head towards 2040 - when sales of new conventional diesel and petrol vehicles will be banned - we expect drivers will see numerous incentives and penalties being introduced.

Whether such measures will encourage the take up of more environmentally friendly car types remains to be seen.

Peace of Mind When Buying From Capitol 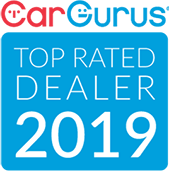